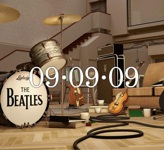 London, England, August 18, 2009 – Apple Corps Ltd. and EMI Music are delighted to announce the release of the original Beatles catalogue, which has been digitally re-mastered for the first time, for worldwide CD release on Wednesday, September 9, 2009 (9-9-09), the same date as the release of the widely anticipated “The Beatles: Rock Band” video game. Each of the CDs is packaged with replicated original UK album art, including expanded booklets containing original and newly written liner notes and rare photos. For a limited period, each CD will also be embedded with a brief documentary film about the album. On the same date, two new Beatles boxed CD collections will also be released.

The albums have been re-mastered by a dedicated team of engineers at EMI’s Abbey Road Studios in London over a four year period utilising state of the art recording technology alongside vintage studio equipment, carefully maintaining the authenticity and integrity of the original analogue recordings. The result of this painstaking process is the highest fidelity the catalogue has seen since its original release.

The collection comprises all 12 Beatles albums in stereo, with track listings and artwork as originally released in the UK, and ‘Magical Mystery Tour,’ which became part of The Beatles’ core catalogue when the CDs were first released in 1987. In addition, the collections ‘Past Masters Vol. I and II’ are now combined as one title, for a total of 14 titles over 16 discs. This will mark the first time that the first four Beatles albums will be available in stereo in their entirety on compact disc. These 14 albums, along with a DVD collection of the documentaries, will also be available for purchase together in a stereo boxed set.

Within each CD’s new packaging, booklets include detailed historical notes along with informative recording notes. With the exception of the ‘Past Masters’ set, newly produced mini-documentaries on the making of each album, directed by Bob Smeaton, are included as QuickTime files on each album. The documentaries contain archival footage, rare photographs and never-before-heard studio chat from The Beatles, offering a unique and very personal insight into the studio atmosphere.

A second boxed set has been created with the collector in mind. ‘The Beatles in Mono’ gathers together, in one place, all of the Beatles recordings that were mixed for a mono release. It will contain 10 of the albums with their original mono mixes, plus two further discs of mono masters (covering similar ground to the stereo tracks on ‘Past Masters’). As an added bonus, the mono “Help!” and “Rubber Soul” discs also include the original 1965 stereo mixes, which have not been previously released on CD. These albums will be packaged in mini-vinyl CD replicas of the original sleeves with all original inserts and label designs retained.

Discussions regarding the digital distribution of the catalogue will continue. There is no further information available at this time.

The re-mastering process commenced with an extensive period conducting tests before finally copying the analogue master tapes into the digital medium. When this was completed, the transfer was achieved using a Pro Tools workstation operating at 24 bit 192 kHz resolution via a Prism A-D converter. Transferring was a lengthy procedure done a track at a time. Although EMI tape does not suffer the oxide loss associated with some later analogue tapes, there was nevertheless a slight build up of dust, which was removed from the tape machine heads between each title.

From the onset, considerable thought was given to what audio restorative processes were going to be allowed. It was agreed that electrical clicks, microphone vocal pops, excessive sibilance and bad edits should be improved where possible, so long as it didn’t impact on the original integrity of the songs.

In addition, de-noising technology, which is often associated with re-mastering, was to be used, but subtly and sparingly. Eventually, less than five of the 525 minutes of Beatles music was subjected to this process. Finally, as is common with today’s music, overall limiting – to increase the volume level of the CD – has been used, but on the stereo versions only. However, it was unanimously agreed that because of the importance of The Beatles’ music, limiting would be used moderately, so as to retain the original dynamics of the recordings.

When all of the albums had been transferred, each song was then listened to several times to locate any of the agreed imperfections. These were then addressed by Guy Massey, working with Audio Restoration engineer Simon Gibson.

Mastering could now take place, once the earliest vinyl pressings, along with the existing CDs, were loaded into Pro Tools, thus allowing comparisons to be made with the original master tapes during the equalization process. When an album had been completed, it was auditioned the next day in studio three – a room familiar to the engineers, as all of the recent Beatles mixing projects had taken place in there – and any further alteration of EQ could be addressed back in the mastering room. Following the initial satisfaction of Guy and Steve, Allan Rouse and Mike Heatley then checked each new re-master in yet another location and offered any further suggestions. This continued until all 13 albums were completed to the team’s satisfaction.

Kevin Howlett (Historical and Recording Notes)
Kevin Howlett’s career as an award-winning radio producer spans three decades. His music programmes for the BBC have included many documentaries about The Beatles, including ‘The Beeb’s Lost Beatles Tapes.’ He received a Grammy nomination for his involvement with The Beatles’ album ‘Live At The BBC’ and, in 2003, produced the ‘Fly On The Wall’ bonus disc for ‘Let It Be… Naked.’

Mike Heatley (Historical Notes)
Mike entered the music business via HMV Record Stores in 1970, transferring to EMI Records’ International Division three years later. He eventually headed up that division in the early Eighties before joining the company’s newly created Strategic Marketing Division in 1984. In 1988, he returned to International, where he undertook a number of catalogue marketing roles until he retired in December 2008.

During his career he worked with many of EMI’s major artists, including Pink Floyd, Queen, Kate Bush and Iron Maiden. However, during the last 30 years he has formed a particularly strong relationship with Apple, and has been closely involved in the origination and promotion of the Beatles catalogue, besides solo releases from John, Paul, George and Ringo.

Bob Smeaton (Director, Mini-Documentaries)
Bob Smeaton was series director and writer on the Grammy award winning ‘Beatles Anthology’ TV series which aired in the UK and the USA in 1995. In 1998 he received his second Grammy for his ‘Jimi Hendrix: Band of Gypsys’ documentary. In 2004 he gained his first feature film credit, as director on the feature documentary ‘Festival Express.’ He subsequently went on to direct documentaries on many of the world’s biggest music acts including The Who, Pink Floyd, The Doors, Elton John, Nirvana and the Spice Girls.

Julian Caiden (Editor, Mini-Documentaries)
Julian has worked with Bob Smeaton on numerous music documentaries including ‘Jimi Hendrix: Band of Gypsys’ and the ‘Classic Albums’ series, featuring The Who, Pink Floyd, The Doors, Elton John and Nirvana among others. He has worked on documentary profiles from Richard Pryor to Dr. John to Sir Ian McKellen, Herbie Hancock and Damien Hirst and on live music shows including the New York Dolls and Club Tropicana.

Allan Rouse (Project Coordinator)
Allan joined EMI straight from school in 1971 at their Manchester Square head office, working as an assistant engineer in the demo studio. During this time he frequently worked with Norman (Hurricane) Smith, The Beatles’ first recording engineer.

In 1991, he had his first involvement with The Beatles, copy-ing all of their master tapes (mono, stereo, 4-track and 8-track) to digital tape as a safety backup. This was followed by four years working with Sir George Martin as assistant and project coordinator on the TV documentary ‘The Making of Sgt. Pepper’s’ and the CDs ‘Live at the BBC’ and ‘The Anthol-ogy.’

In 1997, MGM/UA were preparing to reissue the film ‘Yellow Submarine’ and, with the permission of Apple, asked that all of The Beatles’ music be mixed for the film in 5.1 surround and stereo. Allan requested the services of Abbey Road’s senior engineer Peter Cobbin and assistant Guy Massey and, along with them, produced the new mixes.

Two years later, he proposed an experimental stereo and surround mix of John Lennon’s song ‘Imagine’ engineered by Peter Cobbin. Following lengthy consultations with Yoko Ono, the album ‘Imagine’ was re-mixed in stereo and the Grammy award-winning film ‘Gimme Some Truth’ in surround and new stereo. This led to a further five of John’s albums being re-mastered with new stereo mixes and the DVD release of ‘Lennon Legend’ being re-mixed in 5.1 surround and new stereo.

Further projects followed, including The Beatles ‘Anthology’, ‘The First US Visit’ and ‘Help’ DVD and the albums ‘Let It Be…Naked’ and ‘Love’ along with George Harrison’s ‘Concert for Bangladesh’ DVD and album.

For a number of years now, Allan has worked exclusively on Beatles and related projects.

Guy Massey (Recording Engineer)
Guy joined Abbey Road in 1994, and five years later assisted on the surround remix for The Beatles film ‘Yellow Submarine.’ This led to The Beatles’ ‘Anthology’ DVD and later, along with Paul Hicks and Allan Rouse, they mixed and produced ‘Let It Be… Naked.’ In 2004 he left the studios to become freelance and has engineered The Divine Comedy: ‘Victory for the Comic Muse,’ Air Traffic: ‘Fractured Life,’ James Dean Bradfield: ‘The Great Western’ and Stephen Fretwell’s ‘Magpie,’ co-producing the last two. Since leaving, Guy is still a vital member of the team, and has been the senior engineer for the re-mastering project and was responsible for surround and new stereo mixes for the DVD release of ‘Help!’

Steve Rooke (Mastering Engineer)
Steve joined Abbey Road in 1983 and is now the studio’s senior mastering engineer. He has been involved on all The Beatles’ projects since 1999. He has also been responsible for mastering releases by John Lennon, Paul McCartney, George Harrison and Ringo Starr.

Paul Hicks (Recording Engineer)
Paul started at Abbey Road in 1994, and his first involvement with The Beatles was assisting engineer Geoff Emerick on the Anthology albums. This was followed by ‘Yellow Submarine Songtrack,’ ‘Anthology’ DVD and ‘Let It Be… Naked.’ Like Guy Massey, he has also become a freelance engineer and since leaving the studios he has been responsible for the surround mixing of Paul McCartney’s DVD ‘The McCartney Years’ and The Beatles’ ‘Love.’ Paul has been in charge of the mono re-masters.

Sean Magee (Mastering Engineer)
Sean began working at Abbey Road in 1995 with a diploma in sound engineering. With a wealth of knowledge in analog and digital mastering, he has worked alongside Paul Hicks on the mono re-masters.

Sam Okell (Recording Engineer)
Sam’s first job as a member of the team was in 2006, assisting Paul Hicks on Paul McCartney’s DVD ‘The McCartney Years,’ and during that same year he was responsible for the re-mastering of George Harrison’s ‘Living In The Material World’ CD along with Steve Rooke. This led to him restoring the soundtrack to the Beatles film ‘Help!’ in surround and stereo, in addition to assisting Guy Massey with the song remixes.

Sam has re-mastered ‘With The Beatles’ and ‘Let It Be.’

Simon Gibson (Audio Restoration Engineer)
Simon joined Abbey Road in 1990. He has progressed from mastering mostly classical recordings to include a much wider range of music, including pop and rock, with his specialized role as an audio restoration engineer. Apart from the re-mastering project, his other work includes George Harrison’s ‘Living In The Material World,’ John Lennon’s ‘Lennon Legend,’ The Beatles’ ‘Love’ and the ‘Help!’ DVD soundtrack.